In our series Sticks & Stones, we take a deep dive into medium. Each installment features one of art history’s most significant materials—its history, evolution, and unusual uses. (See past installments.) This week’s medium is gold leaf (explore the playlist).

Imagine yourself in a 14th century church, in the countryside of northern Italy. Inside it is dark—very little light filters through the tiny windows in the thick, rough-hewn stone walls. The only illumination comes from candles, which remain lit day and night. It’s cool and slightly damp, even at the peak of summer. Their light casts flickering shadows which dance across the walls, glinting off the focal point of the whole sanctuary: an enormous, stunningly gilded altarpiece. 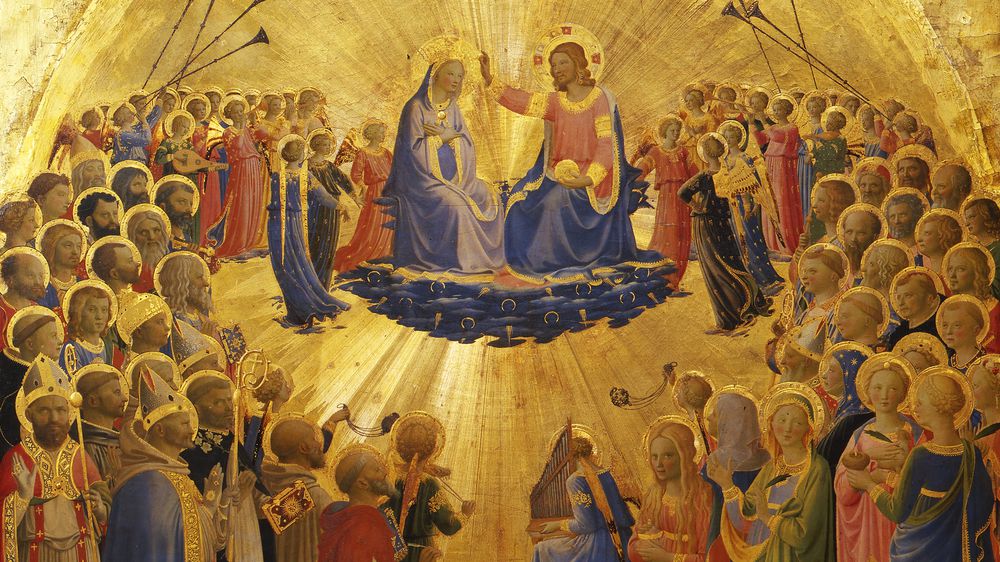 The Coronation of the VirginFra Angelico

From its earliest use in art, gold has signified a connection to the divine, earning it reverence from cultures around the world. The metal is far too soft to be used in tools, but is extremely easy to shape and mold. It never tarnishes, and it sparkles in the light, which has led it to be closely associated with purity and holiness. In ancient Egypt, gold was the ‘skin of the gods,’ while in Inca religion it was ‘the sweat of the sun god.’ Muslim art has a long tradition of gilded details in illuminated religious texts, and the use of golden tiles in holy spaces. 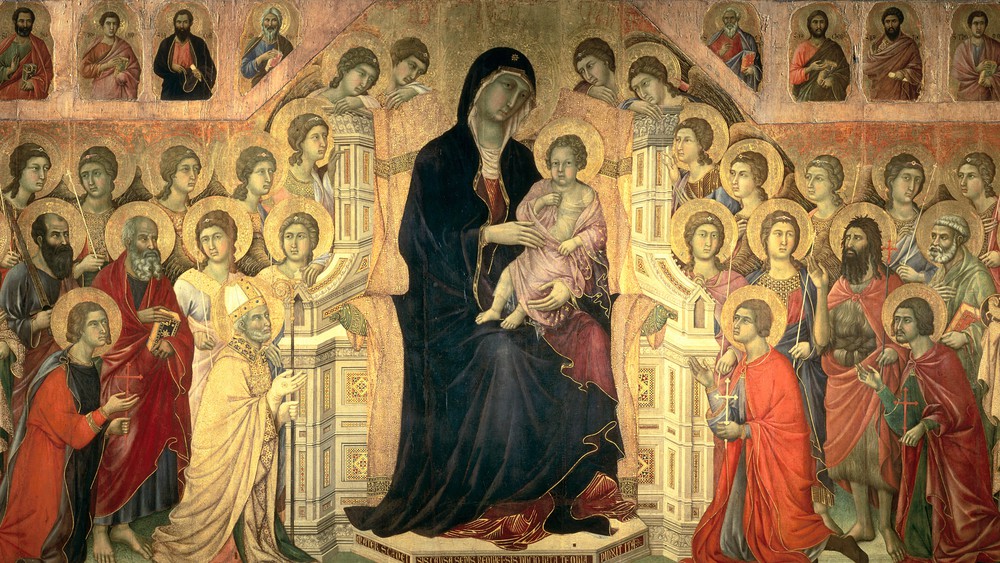 Gold was a symbol of heaven in Medieval Europe as well. Paintings of holy figures were created with gold backgrounds intended to suggest the proximity of the figures to God. These ‘gold-ground paintings’ were most often altarpieces, decorating the interiors of churches. Medieval masterpieces such as Duccio di Buoninsegna’s Maestà for the cathedral of Siena used gold as a metaphorical allusion to heaven, as well as to bring glory to the subject, artist, and city. Inscribed in Italian along the bottom of the altarpiece are the words “Holy Mother of God, be thou the cause of peace for Siena and life to Duccio because he painted thee thus.” The majestic altarpiece illustrated stories from the bible for the largely illiterate public of 14th century Siena, and instilled within them religious awe and civic pride. The churches of this period were often architecturally plain and sparsely decorated; gold-leafed altarpieces such as Duccio’s were placed front and center, providing the only bursts of color and visual excitement.

Other medieval artists, like Cenni di Francesco di Ser Cenni, pushed the medium of gold leaf to extravagant technical lengths. Cenni used lavish amounts of gold punctuated with different types of punch marks to create ornate halos and background decorations. Techniques such as sgraffito (painting over gold leaf and then scratching lines through to show the gold beneath) became extremely popular methods of depicting things like gold lace and gold-weave fabric. The opulent results of these techniques filled their medieval Christian viewers with wonder—and remain impressive to this day. 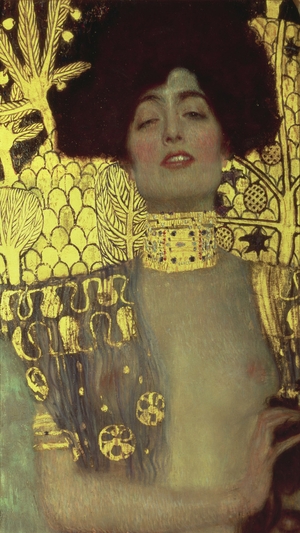 Judith and the Head of HolofernesGustav Klimt

While gold leaf is most immediately associated with Medieval Europe, it has come to occupy a significant place in the world of modern painting as well. Of the modern artists who have employed gold leaf in their work—often to draw connections between their subjects and holy figures venerated in the Medieval era—the most famous is undoubtedly Gustav Klimt. During Klimt’s “golden phase,” he created a series of figurative works with gold leaf that are the most widely celebrated of his entire oeuvre.

The first painting of Klimt’s golden period was Judith and the Head of Holofernes. Klimt was inspired by the golden mosaics he saw during a trip to Ravenna, Italy, and painted Judith upon his return. The painting portrays the biblical character Judith, holding the severed head of Nebuchadnezzar’s general, Holofernes. Klimt paints the female protagonist as a hero, but with an emphasis on her seductive charisma and energy rather than the violence of her actions. The gold leaf surrounding (and partially obscuring) Judith’s figure underscores the connection between her beauty and power. Other iconic paintings from Klimt’s golden period include The Kiss, one of the most recognizable paintings in the world, and Portrait of Adele Bloch-Bauer, which is affectionately referred to as the “Mona Lisa of Austria.” 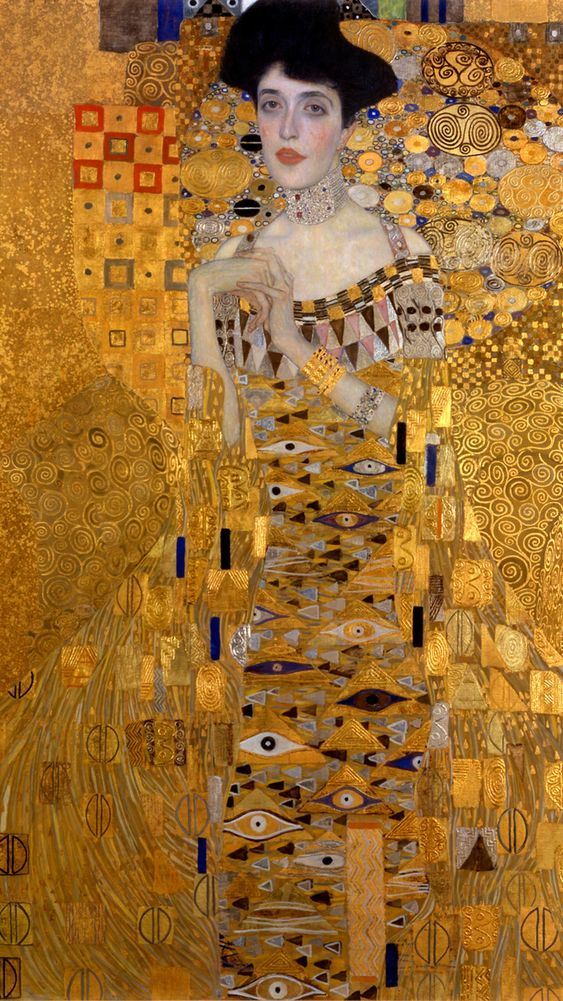 The presence of gold in art has always referenced heaven, power, and religious awe, while the high cost of gold as a material has forced artists to use it with great deliberation and care. While artists following the Medieval period may have found new materials and techniques to dazzle their viewers, the sheer visual impact and power of gold leaf in art remains undiminished today. 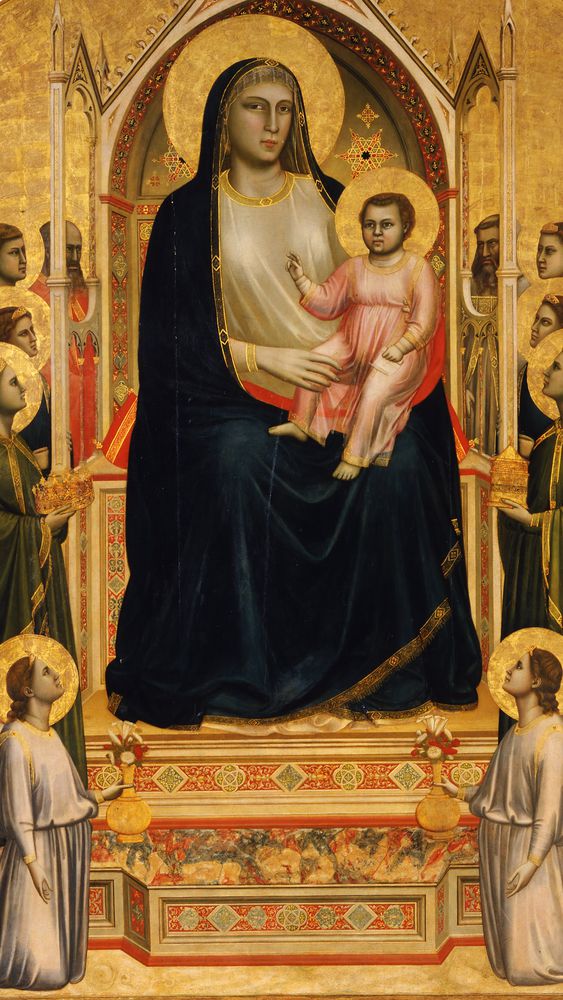